Founded in 1997, WXN is Canada’s leading organization dedicated to the advancement and recognition of women in management, executive, professional and board roles. WXN launched Canada’s Most Powerful Women: Top 100 Awards in 2003 to celebrate the professional achievements of strong female leaders across the country in the private, public and not-for-profit sectors. Read full U of T Engineering News story.

PhD student Nataliya Mykhaylova, supervised by Professor Greg Evans, recently won a student competition related to cyber security. The competition was sponsored by the London-based SWIFT Institute, which issued a challenge to teams of Canadian university students to come up with new ideas to thwart cyber criminals. Mykhaylova, through her PhD studies, has been testing different devices and came up with lots of ideas to enhance cyber security from the hardware level. Click here to read the full story and listen to a podcast where Mykhaylova talks about her novel model. 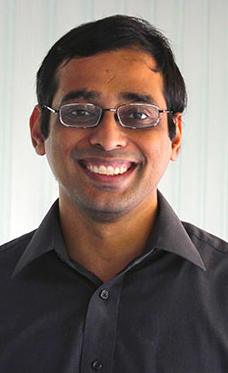 Complex fluids have properties that are intermediate between traditional liquids, gases and solids. Examples include mayonnaise, blood, fabric softeners and even drilling muds used in mining. Professor Ramchandran and his team use sophisticated measurements and mathematical models to understand the fundamental processes that govern the properties of complex fluids. Their insights could lead to better treatments for human diseases, more efficient mining operations and higher quality manufacturing, among many other applications.

Read full story published by U of T Engineering News.

Romy Seth (ChemE 1T1) has been making his mark as VP at Ferghana Partners and co-founder of Medinas, a company utilizing a market approach to reducing wasted medical supplies. Seth was recently recognized in Canada’s Next 150 Future Leaders Campaign and won the Forbes Global Change the World Competition – both honours pay tribute to young innovators/entrepreneurs making a positive impact on the world.

In his VP role at Ferghana, Seth is leading investments in cutting edge technologies and research towards the commercialization for new healthcare and biotechnologies. His recent investments include a genome editing company that is developing a cure for HIV; a breast cancer diagnostic test that a blood test, which can rule out if a patient has breast cancer with 99% percent accuracy; and a brain cancer drug treatment that has extended patient lifespan greater than 30% to standard of care.

Seth’s future goals are to focus on building a better future and improving the lives of others across the globe and supporting startups that focus on that goal. He is currently advising an Ottawa-based immuno-oncology company that has a novel treatment for acute leukemias. Through his company Medinas, he is also helping healthcare organizations monetize their near-expiry and surplus medical supplies to reduce costs helping healthcare practices save money, so they can help save lives.

Two members from our community were selected to present their research at the inaugural Emerging Leaders in Chemical Engineering Plenary Session, which highlights the vision and leadership of four early career researchers. ChemE Associate Professor Cathy Chin gave a talk entitled, Heterogeneous Catalytic Strategies for Sustainable Synthesis of Fuels And Chemicals. Professor Benoît Lessard from the University of Ottawa and former Banting Post-Doctoral Fellow supervised by ChemE Professor Tim Bender gave a talk entitled, The Future of Organic Electronics and what it means for Chemical Engineering.

In addition, ChemE members were also recognized with the following awards:

Congratulations to all ChemE participants of the 2017 CSChE Conference, and a big thank you for being such great ambassadors for our Department.

Two members from our ChemE community were selected to present their research at the inaugural Emerging Leaders in Chemical Engineering Plenary Session. ChemE Associate Professor Cathy Chin gave a talk entitled, Heterogeneous Catalytic Strategies for Sustainable Synthesis of Fuels And Chemicals. Professor Benoît Lessard from the University of Ottawa and former Banting Post-Doctoral Fellow supervised by ChemE Professor Tim Bender gave a talk entitled, The Future of Organic Electronics and what it means for Chemical Engineering. Only four emerging leaders were invited to present.

In addition, ChemE members were also recognized with the following awards:

Congratulations to all ChemE participants of the 2017 CSChE Conference, and a big thank you for being such great ambassadors for our Department.

Professor Honghi Tran was inducted into the Paper International Hall of Fame this week. He is one of three members from our Department who are part of this elite group. Professor Doug Reeve was inducted in 2008 and Professor Howard Rapson in 2005.

Since its founding in 1992, the Paper International Hall of Fame (PIHF) has honored and recognized 135 giants in the paper industry from around the world whose accomplishments have truly revolutionized civilization. A plaque bearing each inductee’s likeness and a video highlighting the contributions of each of them to the paper industry are permanently housed at the PIHF, which is the only one of its kind in the world and was created to foster a greater understanding of the paper industry – its values, heritage and its influence on our quality of life. 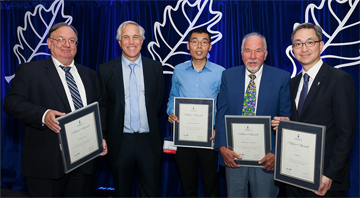 U of T annually presents Arbor Awards to alumni who enhance the experience of students, faculty, staff and alumni through their tremendous generosity and contributions. Since 1989, more than 2,200 alumni and friends have received Arbor Awards. On September 14, 2017 four alumni from our Department joined this deserving group.

Joseph (Charles) de la Riviere (ChemE 7T2)
Since 1972 when Charles graduated, he has been an active class leader keeping his class connected for over 45 years. As a class leader he has also been instrumental in promoting his honoured year’s class fundraising campaign for the new Myhal Centre and scholarships in U of T Chemical Engineering. Charles has also been volunteering as a judge for UTEK – the University of Toronto Engineering Kompetition (yes with a “K”), which is the qualifier for the Ontario Engineering Competition for over 10 years since the Kompetition started.

Tom Latta (ChemE 8T0)
Since 2014, Tom has contributed greatly to U of T Chemical Engineering through his volunteer contributions as a Plant Design Industrial Advisor. Plant Design is a mandatory fourth-year group project that ties together everything that our undergrads learn from first to fourth year through the guidance of assigned advisors who supply their expertise, time and connections. In addition to being a Plant Design Advisor for several years, Tom has helped create industry connections for our faculty members, mentors our students (both undergrad and grad) and has reconnected members from the class of 8T0 to U of T Chemical Engineering.

John Lo (ChemE 9T2)
John has been a dedicated volunteer and leader in Hong Kong, serving as Chair, Hong Kong Campaign Committee since 2013. John’s leadership brought a community together to support the Faculty of Applied Science & Engineering’s top priority projects, securing support to name the Hong Kong Alumni Room in the new Myhal Centre. His tireless efforts in connecting with alumni expanded our network, which in turn, provided opportunities for our faculty to partner with industry, our students to participate on exchanges and allowed us the opportunity to attracted significant philanthropic investment.

Tony Tsui (ChemE 0T7)
As one of the leaders of the York Region Alumni Group, Tony organizes five to seven events and engages over 200 alumni annually. York Region is one of the university’s most active Alumni Groups and has grown its reach by 75% in the last year, and Tony has been a significant part of this success. Tony also supports the Engineering Alumni Mentorship Program by providing career and academic mentorship and advice to current undergraduate students. Tony continues to be a generous volunteer, and says he is proud when he sees graduates building connections at events he organizes. 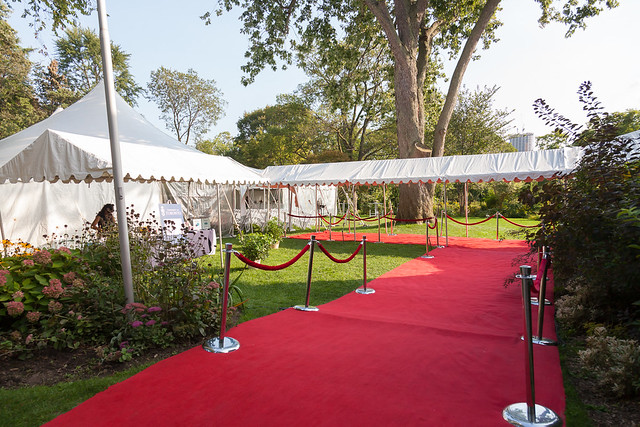 Startups founded by engineering students are poised to address challenges from sustainability to surgery. Twelve companies pitched their vision to a room of judges, investors and faculty members at the fifth annual Hatchery Demo Day, held September 6 at U of T Engineering.

Professor Milica Radisic (IBBME/ChemE) has been elected fellow of the Royal Society of Canada (RSC) on the basis of her exceptional contributions to functional cardiovascular tissue engineering.

The RSC’s mission is to recognize scholarly, research and artistic excellence, to advise governments and organizations, and to promote a culture of knowledge and innovation in Canada. Fellowship in the RSC is one of the highest honours a Canadian researcher can achieve. New fellows will be inducted at the Society’s Celebration of Excellence in Winnipeg, Manitoba on November 24, 2017. Read full story.