The Unit Ops Lab has been the central teaching facility for Chemical Engineering at the University of Toronto since 1949, with a tradition of providing students with training in technologies and processes that are directly relevant to the wide range of chemical engineering industries.

The photos below give a glimpse of the lab through the decades.

Have your own fond memories of your time in the Unit Ops lab?  Help us to expand our archive — share your stories or photos through our Chem Eng Alumni LinkedIn group or contact external.chemeng@utoronto.ca.

The Wallberg Building, future home of the Unit Ops Lab, under construction in 1946/7. Source: U of T Archives 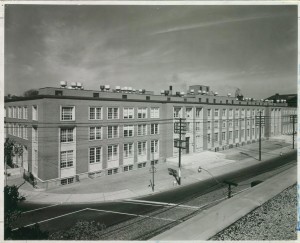 The Wallberg Buidling shortly after completion, ca. 1948. Source: U of T Archives 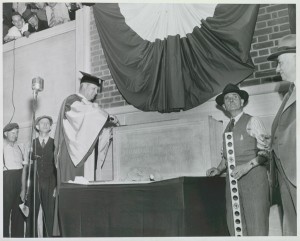 Cornerstone Ceremony Premier George A. Drew lays the cornerstone for the Wallberg Memorial Building on June 5, 1947. Source: U of T Archives 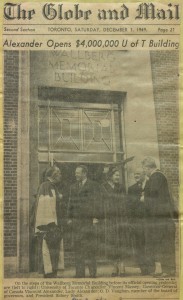 Opening Ceremony The opening ceremony of the Wallberg Memorial Building on Dec 2, 1948 was attended by several dignitaries. From left to right: U of T Chancellor Vincent Massey, Governor-General of Canada Viscount Alexander, Lady Alesander, O.D. Vaughan, member of the board of governors, and President Sidney Smith. Source: Globe and Mail, Dec 3, 1949 (U of T Archives) 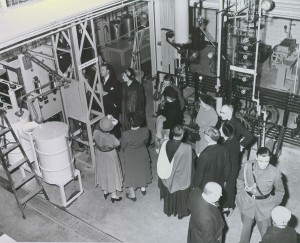 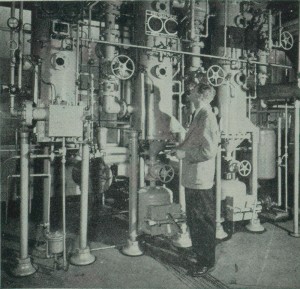 The Unit Ops Lab in 1949. The Struthers-Wells experimental triple effect evaporator was an imporant addition to the Department’s equipment at that time. Source: Chemistry in Canada, Dec 1949 (U of T Archives) 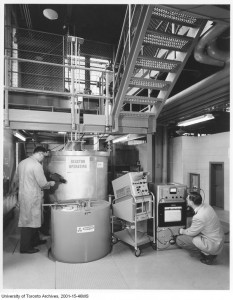 Canada’s first subcritical teaching reactor In 1958, the Unit Ops Lab became the home of Canada’s first subcritical nuclear reactor for teaching purposes. This addition to chemical engineering training addressed the increasing need for nuclear engineers in this rapidly-growing sector. On the right, Dr. F. Allen, the reactor supervisor, operates the reactor with a student. Source: U of T Archives