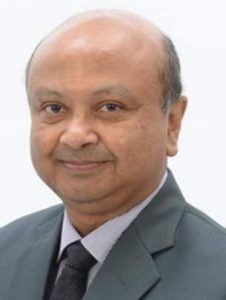 In the past three decades, there has been a concerted effort in the chemical, specialty chemical, agrochemical, pharmaceutical, and petroleum industry to design cost-advantaged, inherently safer, sustainable, and environmentally-friendly processes. Catalysis plays a crucial role in improving process efficiencies and process intensification leading to increased atom utilization, reduced by-product formation, cheaper process, and lower capital investment. Also, there is an increasing interest in using renewably-sourced feedstocks for the production of fuels, chemicals, and advanced materials due to rising petroleum prices, limited availability of petroleum resources, and increasing consumer consciousness about sustainable processes.
Although catalysis is a major tour-de-force in driving this efficacious and green chemistry revolution, the role of reaction engineering, reactor design, process design, and operating conditions cannot be underestimated. Some of the fundamental concepts of catalysis will be discussed and linked to a number of chemical processes of industrial relevance. The role of science and engineering in industrial catalysis will be illustrated with particular emphasis on catalyst attributes and catalyst development associated with industrial processes. Case studies will include hydrogenation reactions using supported base metal and precious metal catalysts and solid acid catalyzed dehydration reaction.

Dr. Sourav Sengupta is a Sr. Technical Fellow in DuPont’s Safety & Construction business. After PhD in Chemical Engineering from the University of Delaware in 1991, he immediately joined DuPont, and worked for Conoco, a wholly-owned subsidiary of DuPont. There he developed new pathways for the desulfurization of gasoline and qualified new hydrodesulfurization and FCC catalysts. Shortly afterwards, he was transferred to the Corporate Catalysis Center at DuPont Experimental Station, where he worked on heterogeneous catalysis programs.

After a short 1 year stint at Invista, Dr. Sengupta returned to DuPont and joined DuPont Chemical Solutions Enterprise as a manufacturing technical chemist, where he was responsible for 42 products. Subsequently, in 2009, he started up a Process Development Center, before moving back to CR&D in 2011. He worked in CR&D until 2016 on the manufacture of chemicals & materials using renewable feedstock.

Dr. Sengupta’s expertise is in the areas of catalysis, reaction engineering and reactor analysis, process development, and troubleshooting of chemical plants. He has over 80 US patents, publications, and presentations to his credit, and received the prestigious Philadelphia Catalysis Club award in 2015.