The building blocks of cellulose microfibrils, which make up the wall of wood fibers, are cellulose nanofibrils (CNF). These fibrils are several microns long and have a diameter of about 5 nm. They consist of alternating crystalline and amorphous regions, each about 100-200 nm in length.  Two forms of nanocellulose can be obtained from CNF: 1) cellulose nanocrystals (CNC), which can be obtained by removing the amorphous regions by acid hydrolysis, resulting in needle-like particles, each about 100-200 nm long and 5 nm wide, which are well studied and presently available commercially; and 2) hairy nanocellulose (HNC), the topic of this talk.

Instead of hydrolysis, we can cleave the chains in the amorphous regions, resulting in cellulose nanoparticles with a crystalline core, with amorphous cellulose chains protruding from both ends. We refer to these particles as hairy nanocellulose (HNC). We can adjust the length of the hairs by acid hydrolysis. The hairs (i.e. the protruding chains) can be readily functionalized by reactive aldehyde groups, carboxyl groups, quaternary amine groups, and as a result the properties of HNC can be precisely tuned. When charged, they can be readily dried and redispersed, in contrast with CNC, which is difficult to redisperse when dried. We will discuss the synthesis of these particles, their characterization and rheological properties, and point to a number of potential applications, such as heavy metal scavenging, antiscaling agents, antifouling membranes, crystal morphology modifiers, components of wound dressings and when incorporated in carbon nanotubes matrices, they act as a humidity switch. 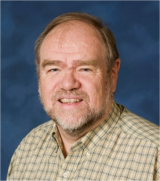 Theo van de Ven received a Masters Degree in Physical and Colloid Chemistry, with a minor in Theoretical Physics, from Utrecht University in the Netherlands and a PhD in Physical Chemistry from McGill University. After a two-year postdoc at Sydney University in Australia, he returned to Montreal, where he became an assistant scientist at Paprican, working in the Pulp & Paper Centre, McGill. In 1981 he obtained a cross-appointment with the Department of Chemistry, where he became a full professor in 2004. Presently he holds the Sir William C. Macdonald Chair in Chemistry, Department of Chemistry, McGill and is Co-director of QCAM (Quebec Centre for Advanced Materials). He has published over 350 papers in scientific journals, 64 refereed conference proceedings, 7 book chapters, 1 book, edited 4 books and holds 4 patents. His research interests are in the areas of colloidal hydrodynamics, papermaking and cellulose chemistry. He is a Fellow of the Royal Society of Canada, was awarded the ACS Award in Colloid and Surface Science, and received the Kalev Pugi Award from the Canadian Section of the Society of Chemical Industry. He recently received the Bates S. Gold Memorial Medal, the highest distinction in Canada for the advancement of science and technology in the Forest and Pulp and Paper Industry.