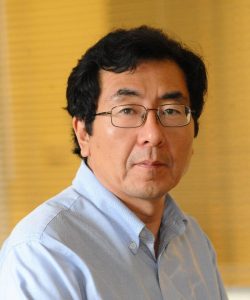 Emission of CO2, a byproduct from many industrial processes and power plants, has increased with increasing energy demand and growing population. Most of the efforts to chemically reduce CO2 requires the use of H2. This is not desirable because at present ~95% of H2 is generated from hydrocarbon-based feedstock, producing CO2 as a byproduct. In this talk we will first give a brief summary on CO2 conversion by H2, followed by discussing our recent efforts in converting CO2 by light alkanes, such as ethane, via the dry reforming pathway to produce synthesis gas (C2H6 + 2CO2 → 4CO + 3H2) or the oxidative dehydrogenation route to generate ethylene (C2H6 + CO2 → C2H4 + CO + H2O). Using a combination of kinetic studies, in situ characterization and DFT calculations, we have identified several classes of catalysts that can activate both CO2 and light alkanes (C2-C4) to achieve selective dry reforming or oxidative dehydrogenation. Finally, we will discuss potentially reducing CO2 emission by alternative pathways for N2 transformations, which are currently the most CO2-emitting chemical processes.
___________________________________

Jingguang Chen is the Thayer Lindsley Professor of chemical engineering at Columbia University, with a joint appointment as a senior chemist at Brookhaven National Laboratory. He received his BS degree from Nanjing University and PhD degree from the University of Pittsburgh. He then carried out his Alexander von Humboldt postdoctoral research in KFA-Julich in Germany. After spending several years as a staff scientist at Exxon Corporate Research Laboratories, he started his academic career at the University of Delaware in 1998 and rose to the rank of the Claire LeClaire Professor of
chemical engineering and the Director of the Center for Catalytic Science and Technology. He moved to Columbia University in 2012. He is the co-author of 23 United States patents and over 380 journal
publications that have been cited over 25,000 times. He is currently the President of the North American Catalysis Society and an Associate Editor of ACS Catalysis. He received many catalysis awards, including the 2015 George Olah award from the American Chemical Society and the 2017 Robert Burwell Lectureship from the North American Catalysis Society.