In celebration of Black History Month, U of T Engineering invited students and alumni from the U of T Engineering community who identify as Black to reflect on their time in our Faculty and share their thoughts on the broader engineering profession. Their candid responses illuminate their diverse range of lived experiences and an ongoing need for systemic change. I was born and raised in Toronto but my parents are from St. Lucia and Trinidad. I chose U of T Engineering mainly for the Professional Experience Year Co-op (PEY Co-op) program and the ability to graduate university with relevant professional experience.

I remember my first Engineering Strategies and Practices (ESP) class during first year. It was in Convocation Hall and there were around 800 to 1,000 students in attendance. I started to look around to see if there were any other Black students and counted only a couple in the entire class.

I realized the same trend throughout all my other classes, which brought me to NSBE. The organization allowed me to see that even though the university is lacking in diversity in regards to Black students, there are thousands out there who are collectively working to achieve NSBE’s mission.

I feel like in regards to gender diversity, U of T Engineering does an amazing job. The Faculty keeps track of statistics and makes sure to roll out various initiatives to increase the number of female students admitted to engineering.

However, in regards to collecting race-based data, it is almost impossible to find any information on progression throughout the years. This makes it even harder to determine whether the current efforts are actually making a difference. 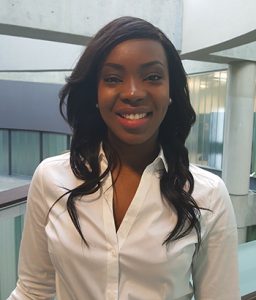 I was born and raised in Grenada. As a young girl growing up, I was always interested in science and math compared to arts and language. I chose engineering mainly because I loved the sciences and I enjoyed formulating new ideas, fixing and building things. Why U of T Engineering? It’s ranked #1 for engineering in Canada and is one of the top engineering schools in the world.

When I started engineering in 2011, I was really shocked and disheartened by the low number of Black students studying engineering. It really came as a surprise to me as I grew up in a country that is predominantly Black. There were only four Black students in my class when I started engineering. It was definitely hard for me to accept the reality because I left like I didn’t belong and it was also hard to make friends and socialize when you are viewed as a minority by your peers. But as I met other Black students from other programs and I joined student groups, such as NSBE, I started to gain a sense of belonging.

At the start of my engineering journey, I felt like diversity was a huge issue at U of T Engineering. There were little-to-no programs focused on increasing Black student admissions at U of T and Black empowerment.

However, over the years this has changed. Black students have been given the power to make changes, such as ENGage, a U of T Engineering outreach program that focuses on increasing the awareness of STEM education within the Black community, as well as U of T’s Black Graduation event, which recognizes Black students who have made tremendous contributions to the development and sustainability of the Black community at the university.

After graduating in 2017, I’ve been working in the financial industry as a data governance analyst. 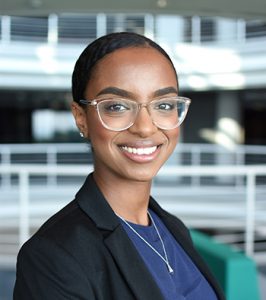 I’m from Toronto, and when it was time to choose where to study engineering, I wanted to pursue it at a prestigious university.

I think U of T Engineering has a lot of diversity amongst the student body and faculty in terms of religion and race. I also think it’s amazing how U of T Engineering has so many different student groups that allow students of different backgrounds and interests to connect. However, I would like to see the Faculty make more of an effort to celebrate the diversity found in our community. 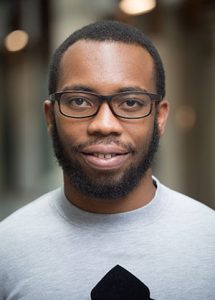 I am from Ghana and chose U of T Engineering because it is the top-ranked engineering school in Canada. Today, I am working for Ontario Power Generation.

Joining NSBE helped make my experience as a Black international student fulfilling and inclusive. That said, I believe there is room for improvement in terms of diversity and inclusion. One thing that could help would be more discussion between faculty leadership and Black students.