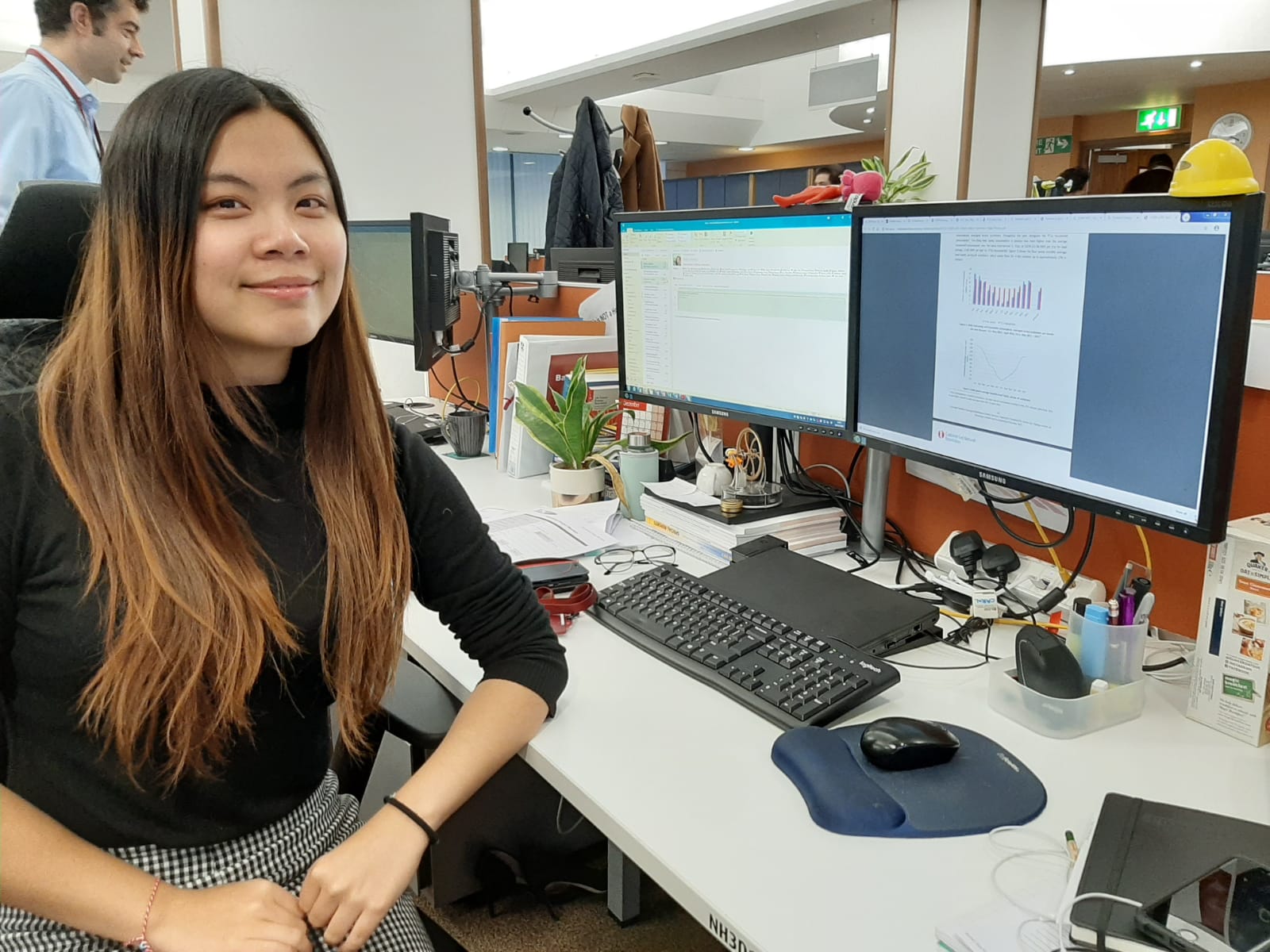 For as long as she can remember, Carol Choi (1T5 + PEY) has always looked for a challenge.

“I feel really lucky to have studied at one of the top chemical engineering departments and universities in the world, so I knew I needed to look internationally if I wanted to push myself even further after I graduated,” she says. “So, in 2016, I moved to the UK to complete my master’s degree in process systems engineering at Imperial College London.”

After completing her master’s degree, Choi was immediately drawn to a career in sustainability. “I was really inspired by the challenges inherent to the industry and the ability to make an impact, particularly related to low carbon technologies such as electric vehicles (EVs),” she says. “That’s what drew me to my current position at UK Power Networks.”

Since 2017, Choi has been working as an innovation analyst on UK Power Networks’ innovation team where she’s been integral to building and winning business cases for some of the largest EV projects in the world. Most recently, she was shortlisted for the UK’s “EV Under 30 Star” award and the Energy Institute’s Young Energy Professional of the Year Award for her professional achievements and influence in the industry.

“I built the business case and won the bid for a £34m flagship project, Optimise Prime, with Hitachi and Uber, which is the world’s largest commercial rollout of an EV fleet,” says Choi. “Once implemented, the project could save the UK £207 million and cut CO2 emissions by 2.7 million tonnes by 2030.”

Choi was also instrumental in the development of Dual Fuel Transport—an innovative research project looking at how gas and electricity networks might come together to decarbonize transportation using hydrogen and electricity. She also worked on Shift, which focuses on market-led smart charging solutions for EVs to minimize network upgrades.

In 2020, Choi helped build an interactive open data page as the first step towards designing a digitized modern energy system for a low carbon world. She is now part of the company’s taskforce to tackle the electrification of heat.

Choi says her degree from ChemE and the work experience she gained at Ontario Power Generation (OPG) through U of T Engineering’s PEY Co-op program, were great preparation for her current role. “The time I spent at U of T really helped me to develop strong teamwork and leadership skills,” she says. “These two skills are essential in the energy innovation space since projects are so collaborative.”

Choi’s academic and professional experience in both Canada and the UK have also enabled her to develop a unique global perspective when tackling new projects at work.

“My experience working in the energy sector in Canada has given me a unique perspective that I’ve been able to share with my current team,” says Choi. “Having professional and academic experience in two countries has also highlighted the importance of working on a diverse team, which is something I’ll continue to prioritize and look for throughout my career.”

For students considering a career in sustainable energy, Choi has some advice:

“Since the industry is relatively new, the financial rewards aren’t always obvious, so you have to convince people,” she says. “To be successful in this industry you need to care—if you don’t believe in it yourself, it can be very difficult to convince others.”