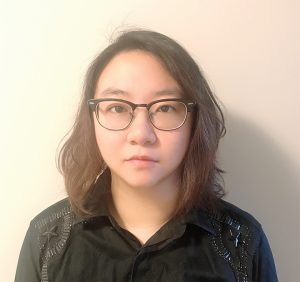 Studying at U of T has been a longtime dream for Ahris Mo (ChemE 2T0+PEY). She may have taken a longer route to get here than she originally anticipated, but now that she’s with ChemE she isn’t looking back. Ahris was initially accepted as a student to U of T back in 2015, but was unable to accept the offer due to personal reasons. Instead, she attended General First-Year Engineering at the University of Manitoba. “I had always admired U of T Engineering for its reputation, and being a student here had been a long-time aspiration of mine. After my first year at Manitoba, I realized that I really wanted to pursue a degree in chemical engineering which wasn’t offered there. I briefly looked at some other departments, but it became really clear that ChemE was the right department for me all along. It was an easy decision to transfer to U of T once I was sure that chemical engineering would be my focus moving forward.”

What was your experience with the transfer process like?

“It was very straightforward. I just needed to provide transcripts from both high school and the University of Manitoba. The instructions on the U of T website were very easy to follow and did not give me any trouble at all. I really appreciated being able to concentrate on the transition to Toronto rather than on a bunch of complicated paperwork. It made the transition that much easier.”

What are some highlights of your experience at U of T so far?

“U of T has really allowed me to decide on my program at a very reasonable pace while I discover what I’m most interested in studying. Even after deciding on a program, we can still change our minds and the process is very straightforward. For me, there was no pressure and I was able to decide on what I was truly interested in with knowledge from the personal experiences I had created in class and outside of it. I especially appreciate the many workshops and career fairs that are held by U of T Engineering to jumpstart the job searching process.”

What does the future hold for you?

“I will be back in school as a full-time student next September. My goal is to successfully complete my PEY Co-op and finish my fourth year. After that, I hope to come back to the current company I work for in Sarnia because I really enjoy this job and I know that there is so much more for me to learn from this position.”

Ahris is currently completing a PEY Co-op placement at Imperial Oil’s Sarnia refinery as a BC&I Junior Technical Contact. There, she is responsible for working with technical, economic, and other various departments with data analysis and programming, field checks, and other projects in collaboration with interns from across the facility. After graduating, Ahris would like to continue to work in oil and gas.

Interested in hiring a Professional Experience Year Co-op student? Click the link to learn more about U of T’s PEY Co-op program.