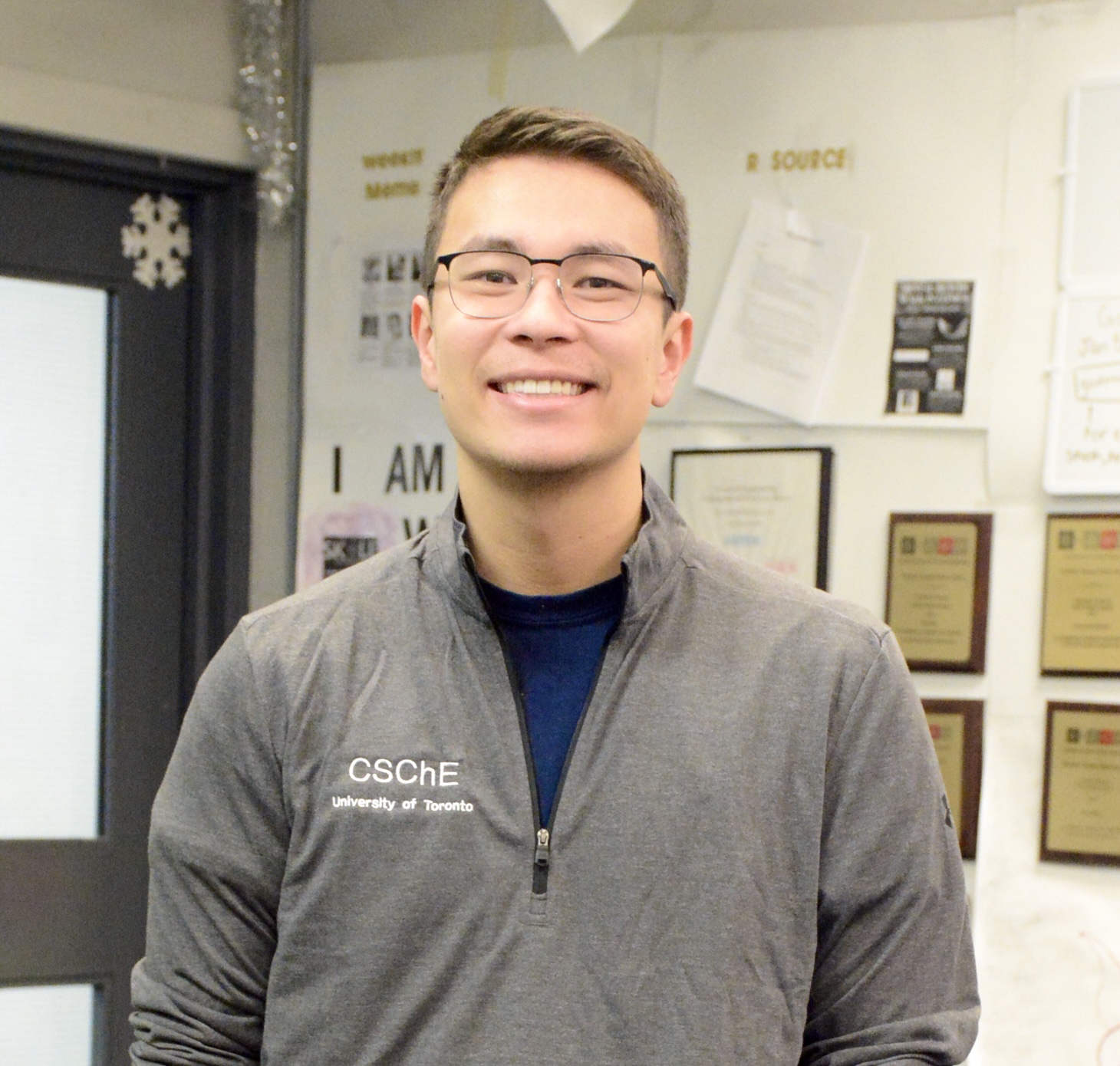 Fletcher Han (ChemE 2T0 + PEY) is the first U of T Engineering student to be selected for a Schwarzman Scholar fellowship. (Photo courtesy: Fletcher Han)

Fletcher Han (ChemE 2T0 + PEY) has been selected to join the Class of 2022 Schwarzman Scholars, making him the first U of T Engineering student to receive the scholarship and the fifth U of T student to be selected.

The prestigious graduate fellowship is awarded annually by Schwarzman College at Tsinghua University in Beijing. Scholars are selected based on their exemplary leadership qualities and ability to bridge and understand political and cultural differences.

One week after his interview, Han received the call informing him he was selected as one of 154 successful applicants. “As soon as I heard the words, ‘Congratulations, you have been selected as a Schwarzman Scholar’, I was left speechless,” says Han. “After letting the news sink in, I was ecstatic and eager to share my achievement with my friends and family, while also nervous for the new possibilities my future may now hold.”

Han’s experiences as a chemical engineering student and as an international volunteer played a key role in his decision to apply for the fellowship.

“Both the Department and the Centre for Global Engineering (CGEN) gave me a platform to pursue an interdisciplinary capstone project in water insecurity and an undergraduate thesis in malnutrition — two topics rooted in global engineering,” says Han. “These opportunities have helped guide my future aspirations while also providing me with the skills necessary to thrive in the Schwarzman Scholars program and beyond.”

Through his experiences, Han developed the skills needed to understand some of the world’s most pressing challenges through a scientific and mathematical lens, and sees the Schwarzman Scholarship as an opportunity to further expand his world view.

“Through the program, I hope to explore how global relations, diplomacy and political policy can be intertwined with engineering design to effectively promote international development in an interconnected world,” says Han. “I now realize that the global implementation of a solution is only a success if global affairs is incorporated into every aspect of the final design.”

“These experiences have been essential to my development as both an individual and a leader,” says Han. “I was able to hone areas of strength and broaden my understanding of leadership, recognizing courage, humility and integrity as key ingredients, which I will bring with me when I begin my journey as a Schwarzman Scholar.”

Han is looking forward to exploring his academic and professional interests through the program — he’s also hoping to learn a little bit more about himself along the way, too. Having lived abroad his entire life, Han says he’s “thrilled to start uncovering my Chinese ancestry. I’m also excited to learn about China’s complexities and their future role in tackling some of our world’s most intractable issues.”

“To be the first U of T Engineering student named a Schwarzman Scholar is a tremendous recognition of Fletcher’s ability and potential as a leader,” says Professor Grant Allen, Chair of the Department of Chemical Engineering & Applied Chemistry. “I look forward to what Fletcher will accomplish with this incredible opportunity. My congratulations to Fletcher on this exceptional achievement.”

Beginning August 2021, Han will complete a one-year Master’s degree in Global Affairs and live in Beijing for an intensive year of study and cultural immersion. The program is now in its sixth year.