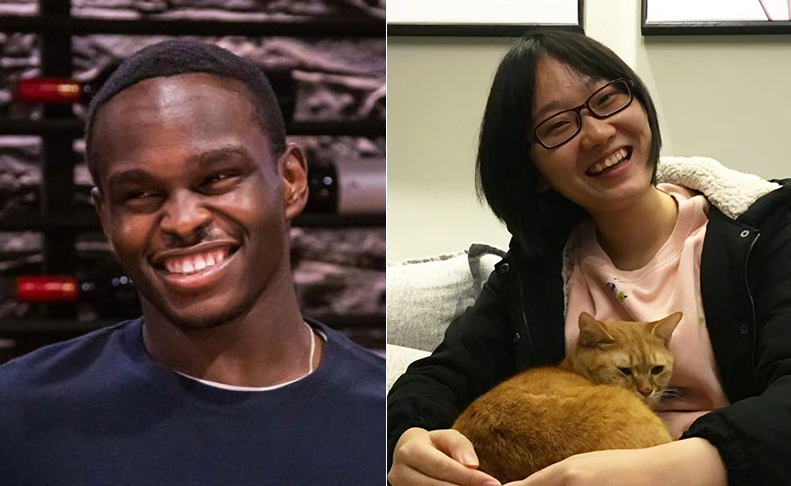 Pulp and paper mills are often plagued with sodium salt scaling in their high solid evaporators. Research in the Department of Chemical Engineering & Applied Chemistry is looking to improve the energy efficiency of mills, and in the best case, reduce the potential downtime associated with the removal of scales through more intensive means.

Manling Huang (ChemE PhD student) using Nwaeri’s work as a foundation, is further studying the mechanism demonstrated to inhibit sodium salt scaling by completing a mass balance of the resin and fatty acids in the salt solution and crystals.

“The most interesting aspect of our project is that we are utilizing a by-product of the Kraft chemical recovery process. In industry, this by-product is known as tall oil soap, a mixture of different fatty and resin acid salts, which are typically separated and removed from the process. However, evidence in industry and in a few research labs, including ours, have begun to demonstrate that leaving a small amount of these fatty and resin acid mixture in the Kraft chemical recovery process can decrease sodium salt scaling,” says Huang.

Huang explained that by assisting pulp and paper mills alleviate this issue, it is possible to reduce the amount of steam required in high solid evaporators. Consequently, many mills would consume orders of magnitude less water leading to more energy-efficient mills and lessening our carbon footprint.

Huang will soon be moving to Gothenburg, Sweden for six months to learn from and operate the pilot-scale evaporator at Chalmers University of Technology. Her goal is to clarify the effect of fatty acid to resin acid ratio on sodium scaling rates, as well as the effects they may have mechanistically.

Professor DeMartini’s lab published their findings in Chemical Engineering Science in July 2021. The Effect of Various Resin and Fatty Acid Salts on Sodium Salt Scaling paper and was made possible through the backing of industrial partners from U of T’s Pulp and Paper Centre consortium and various research groups, including the lab of Professor Edgar Acosta.