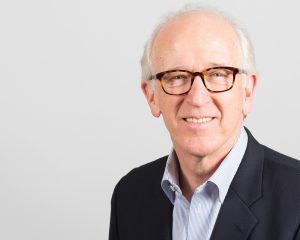 Professor Doug Reeve (ChemE) was among four U of T Engineering professors and one alumnus to be included in the latest cohort of individuals to be elected fellows of the Engineering Institute of Canada (EIC). The appointments honour their exceptional contributions to engineering in Canada.

“On behalf of the Faculty, congratulations to the new fellows on this well-deserved honour,” said Christopher Yip, Dean of U of T Engineering. “EIC’s recognition of so many U of T Engineering community members reflects our track record of excellence across a wide range of sectors and research fields.”

Professor Reeve served as Chair of the Department of Chemical Engineering and Applied Chemistry from 2001-2011, and was the founding director of the Troost Institute for Leadership Education in Engineering (ILead) from 2010-2018. ILead’s research on engineering leadership in the workplace and the classroom has been funded by 13 engineering companies and has won international acclaim. Reeve was also founding director of the U of T Pulp & Paper Centre. Under his leadership, the centre created more than twenty-five million dollars in research programs with financial support from 45 companies from seven countries.

Reeve is a fellow of the Canadian Academy of Engineering, the Chemical Institute of Canada, and the Technical Association of the Pulp and Paper Industry (TAPPI). He has received all the major awards from the three key divisions of TAPPI and has been inducted into the International Pulp and Paper Hall of Fame.

Click here to learn more about the 2019 cohort of U of T EIC fellows.