First awarded in 1939, the Engineering Alumni Medal is the highest honour awarded by the Engineering Alumni Association. High achievement is the common thread that links past recipients of this medal. In their diverse careers, these individuals have demonstrated superior accomplishments and have responded with flair and excellence to the challenges they have faced. They are outstanding role models for Engineering students. 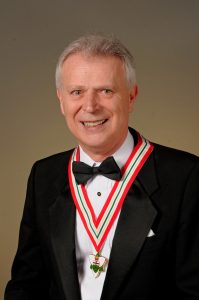 Levente L. Diosady is a professor of food engineering in the Department of Chemical Engineering & Applied Chemistry at the University of Toronto. His research interests include oilseed processing, membrane processes, extrusion, advanced separation processes and micronutrient fortification of food.

Diosady is the author of over 120 publications in refereed journals, including 17 patents. He has supervised more than 75 graduate students — 12 of which are professors on four continents. He is the recipient of the Canada Award for Business Excellence, Professional Engineers of Ontario Engineering Medal, Eva Award of the Canadian Institute of Food Science and Technology, KY Lo Medal of the Engineering Institute of Canada and the Babcock-Hart Award of IFT. He is a Fellow of the Chemical Institute of Canada, the Canadian Institute of Food Science and Technology, the American Oil Chemists Society, International Academy of Food Science and Technology, The Hungarian Academy of Engineering and the Canadian Academy of Engineering. He is a recipient of the Queen’s Diamond Jubilee Medal and is a member of the Order of Ontario — the province’s highest civilian honour, and a recent recipient of the Order of Canada.

The Hall of Distinction is an assembly of extraordinary alumni, selected for membership by their peers for their lifelong accomplishments. These are graduates whose performances have ultimately defined what is most exemplary in our graduates and in our profession. The careers of the members stand as examples and add a sense of reality to the aspirations of successive generations of Engineering students. Located in the Sandford Fleming Building, the Hall of Distinction is a familiar daily presence in the lives of students and is often visited by alumni and their families. 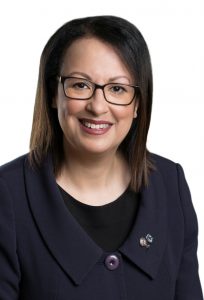 An award-winning engineer, Jeanette Southwood is Vice President, Corporate Affairs and Strategic Partnerships, at Engineers Canada, the national organization of the 12 engineering regulators that license Canada’s more than 295,000 members of the engineering profession where she leads a team focusing on the future of the profession. Prior to joining Engineers Canada, Jeanette led the Canadian Urban Development & Infrastructure Sector and the Global Sustainable Cities teams at an international consulting firm.

Jeanette is a Fellow of Engineers Canada, and a recipient of the Province of Ontario’s “Leading Women Building Communities Award”. She was honoured as one of Canada’s Clean50 2014 for her work and dedication to sustainable development, leading change, championing innovation and changing our world for the better. In 2014, she was also inducted as a Fellow of the Canadian Academy of Engineering which recognizes engineers contributing in exemplary ways towards their disciplinary fields and the wider community.

A dedicated volunteer with a number of organizations and on several Boards over the years, Jeanette has received an Honorary Doctorate, the Ontario Professional Engineers Awards (OPEA) Engineering Excellence Medal and was named one of WXN Canada’s Top 100 Most Powerful Women. In 2017, she was recognized as one of the Women of Innovation. In 2018, Jeanette was inducted into Professional Engineers Ontario’s Order of Honour and also was selected to provide the Dineen Lecture. In 2019, she received the Governor General’s Sovereign’s Medal.