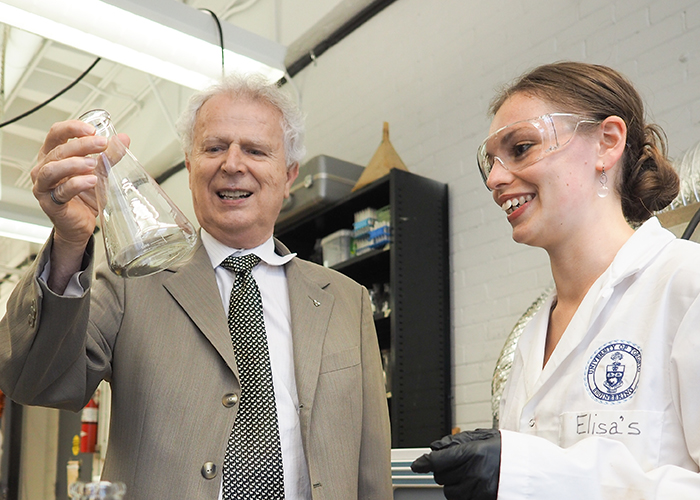 Professor Levente Diosady (ChemE) has been named an Officer of the Order of Canada “for his contributions to the science of food engineering, which has improved the lives of millions of people around the world.” He is widely recognized for his work on micronutrients — vitamins and minerals that are needed in small but regular amounts to ensure proper development and good health. His best-known achievement is the creation of a nutrient-enriched seasoning known as double-fortified salt (DFS).

In much of the world, salt is already fortified with iodine to prevent thyroid gland disorders. Diosady and his team worked for 15 years with Nutrition International (formerly known as the Micronutrient Initiative) to find a way to include iron as well as iodine. Iron deficiencies cause conditions such as anemia that affect more than two billion people worldwide.

Adding iron to iodized salt was a challenge: in early attempts, the two elements reacted with each other, converting the iodine into a form that simply evaporated away. After many years of study, the team developed a method of microencapsulation, coating iron particles with a barrier of vegetable fat to form grains that look and feel identical to salt.

The resulting DFS is now produced in the Indian State of Tamil Nadu and is being added to school lunches provided to more than five million children in the state, through a program supported by the Canadian International Development Agency. Last year, the program was expanded to the state of Uttar Pradesh. Diosady and his team continue to research microencapsulation technologies for other micronutrients, such as vitamin A, B12 and zinc.