Skip to Main Content
U of T ENGINEERING
Posted May 3rd, 2022 by Delicia Ansalem 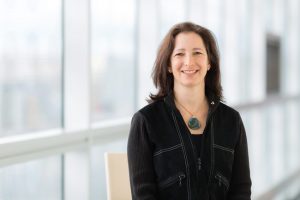 Congratulations to Professor Molly Shoichet who will be receiving her honorary Doctor of Science degree on June 13 at 3 p.m. from the University of Alberta.

Shoichet is a leading Canadian researcher who has developed breakthrough approaches to treating cancer, stroke, blindness and spinal cord injuries. Her pioneering work has resulted in more than 650 research papers and patents, and she has co-founded four spinoff companies.

Actively engaged in translational research, she launched Research2Reality, a national social media campaign to engage the public in understanding the importance of scientific research.

She is the only person to be inducted into all three of Canada’s national academies of science, and was awarded the NSERC Herzberg Gold Medal, Canada’s top prize in science and engineering.

Read the full U of A news story.