On Dec. 6, 1989, a gunman walked into École Polytechnique de Montréal and killed 14 women. During the rampage, the man, who had failed to gain admission to the university, shouted, “You’re all a bunch of feminists and I hate feminists!”

Most of those women were studying to be engineers. The brutal, targeted mass shooting hit close to home for other female engineering students of the same generation.

As part of its 30 Years Later project commemorating the victims of the Montreal Massacre, Engineers Canada profiled 30 women who were deeply touched by the event, but persevered to advance their life’s work and to positively impact the lives and communities around them. 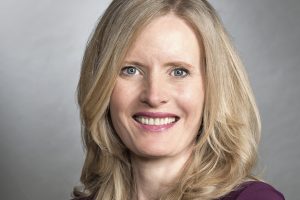 Sandra Odendahl (ChemE 9T0), Vice-president of Social Impact and Sustainability at Scotiabank, and a graduate of the Department of Chemical Engineering & Applied Chemistry is also featured in the Engineers Canada 30 Years Later project. Sandra also spoke with CBC to discuss how the shooting affected her at the time, and her ability to succeed in an industry still dominated by men (scroll down to read Sandra’s profile): https://www.cbc.ca/news/technology/montreal-massacre-women-engineer-profiles-1.5385088