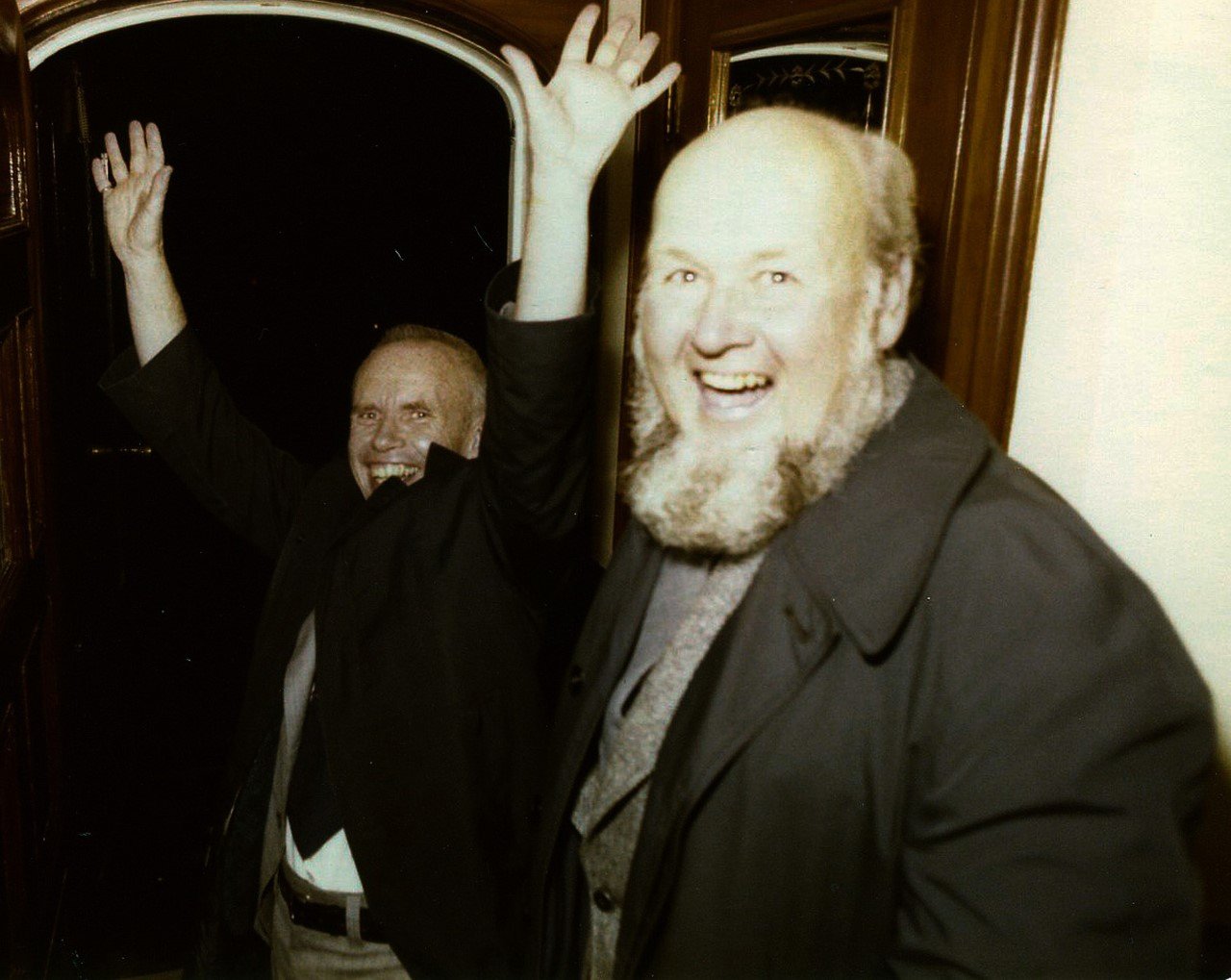 The very first issue of Interfaces* back in Spring 2003, ran a story about the “two Bills,” Bill Graydon (ChemE 4T2, MASc 4T5) and Bill Burgess (ChemE 3T9). The story highlighted their love for teaching. Snippets are presented here:

The two Bills first met in 1954 in the basement of Wallberg. They felt an instant affinity. Burgess still fondly recalls the dehydrated orange on Graydon’s desk, the subject of an experiment about water evaporation.

When asked to describe a memorable day, each Bill recounted a similar incident. Graydon came to a lecture in which all the students sported white cotton batting on their chins in imitation of his beard. Burgess, who routinely wore a red cardigan and bow tie, walked into class and found all his students similarly attired. Both Bills were touched by what they regarded as an affectionate gesture.

Discussing his love of teaching, Prof. Burgess said: “There’s nothing so wonderful as when the light bulb goes on…. as I look out and see all the students, I see myself. The wonderful feeling when you finally understand something, and you want to share your insight with others to help them understand too.” Graydon, whose father was the manager of Shea’s Theatre on Bay Street where Red Skelton began his career, says that students remember him for his humour: “When they’re laughing, they trust you.” He summed up with the following remark: “I believe nobody teaches anybody anything. All you do is provoke people to learn, and humour is the best way.”

“I believe I can speak on behalf of all of their former students and colleagues, when I say that the two Bills lived to motivate and encourage everyone around them,” says Christopher Yip, Dean of the Faculty of Applied Science & Engineering. “They not only opened our minds to the positive impacts we could create, but also demonstrated the powerful and lasting impression that teachers have on students … An amazing teacher is hard to find, and even more impossible to forget.”

On November 24, 2021 the bench in front of the Wallberg Building was officially dedicated to the two Bills. Dozens of family, friends, former colleagues, and students gathered on June 11, 2022 by the bench to celebrate the remarkable influence that the two Bills have had on teaching within U of T Engineering.

Among those in attendance was Professor Emeritus Joseph Paradi. “I had both Bills as professors when I was an undergraduate student. They were such great friends and did so much for the department. One memory that sticks with me is when Professor Graydon paid for new windows out of his own pocket so we could have natural light in one of our main lecture rooms,” recalls Paradi. “It is because of the professors like the two Bills that ChemE continues to attract the best and brightest when it comes to faculty and students.”

If you were a former student or colleague and are on campus, we invite you to share a bench selfie. If you are on Facebook, Professor Burgess would love to hear from you.

*Interfaces was an alumni magazine for the Department of Chemical Engineering & Applied Chemistry, produced and distributed annually between 2003-2017.