Sofia Bonilla (ChemE PhD 1T7) and Patrick Diep (ChemE PhD candidate) are among 18 U of T students and alumni who received inaugural funding through the Lo Family Social Venture Fund to take their start-ups to the next level. The Fund supports solutions-based social enterprises, which have the potential to positively impact the global community. With an emphasis on sustainability, both start-ups provide next generation solutions to global challenges: 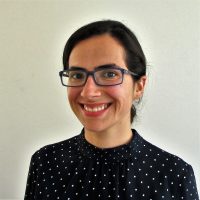 HOPE Pet Food creates meat-free, sustainable pet food, which aims to address the demand on protein in the supply chain, known as the protein gap, by removing livestock as a key ingredient and replacing it with other proteins such as insects, algae, yeast and plants.

When Bonilla first started to investigate alternative solutions to address the protein gap, she was surprised to learn 25 per cent of all meat produced in North America is for pet food. “Our current food systems cannot provide the amount of protein we need in a sustainable way,” says Bonilla. “Removing livestock is by far the most impactful change we can make in producing pet food more sustainably.”

The Lo Family Social Venture Award will enable Bonilla and her team to accelerate their launch date, expand their product line and invest in the next generation of pet food that is both healthy and sustainable. They are currently in the early stages of research and development for cat food.

Since starting HOPE Pet Food, Bonilla and her all women-run team have also successfully secured support and funding from other U of T entrepreneurship programs such as ICUBE at UTM, Hatchery Launch Lab and were recently awarded second place for the Adam Sustainability Innovation Prize.

Bonilla credits her background in microbiology and chemical engineering as an asset in starting her company, “The research, project management and problem-solving skills I developed as a student have been key in helping us get to where we are now. My academic background has also helped me think about the production process and what kind of unit operations I would need to bring the company to fruition.” 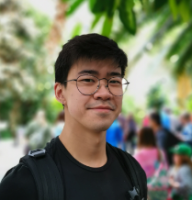 Indus seeks to minimize the waste outputs of hydroponics operations — a form of soil-less agriculture found near urban centres or in large greenhouses that receive sunlight year-round. To hold the roots, water and nutrients in place, existing commercial hydroponic crops are mostly produced in what is known as “grow media,” which are discarded after a single use.

To make hydroponics operations more sustainable, Diep and his three co-founders are combining plant science and engineering design to create novel, reusable grow media that is resistant to pathogens and has optimal water retention for specific crops. In doing so, Indus could effectively minimize labour and waste disposal costs all while improving crop yields.

Currently, the team is conducting extensive market research to validate and quantify its value propositions. Preliminary data and prototypes have proved to be promising to indicate the team’s grow media is reusable and can support the growth of crops. Indus has already received a positive reception from commercial-scale hydroponics operations in North America and Asia, which have indicated the team’s innovative grow media solution could have industry-changing impacts.

Diep says the Lo Family Social Venture Award will take Indus to the next level by validating the team’s technology including designing and building test solutions and automating manufacturing through 3D printing. By refining their design, the team hopes to establish its first industry partnership to begin testing prototypes.

Indus has also received funding and support from other U of T entrepreneurship programs including the Entrepreneurship Hatchery, where the team joined the Hatchery NEST program and competed in the Hatchery’s annual Demo Day where Indus placed second overall.

Diep credits the interdisciplinary background of Indus’ co-founders to the ongoing success of the start-up so far, “Our team likely wouldn’t have met if it wasn’t for U of T’s iGEM design team and BioZone being open to hosting them,” says Diep. “This speaks to the importance of working with an interdisciplinary team and we’re very grateful for the support we’ve had across the University so far.”